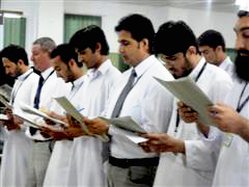 Peshawar Medical College’s Social Welfare Society (SWS) welcomed the newly elected cabinet in an oath taking ceremony that took place on Wednesday, the 28th of March 2012 at Examination Hall. The event was inaugurated with the recitation of verses from the Holy Quran by Muhammad Tajdar of 3rd year MBBS. Salman Qureshi, Joint Secretary Male Wing, then briefed the audience about the agenda of SWS and highlighted activities done by SWS in the last year or so.
Prof. Dr. Sajjad Ahmed, Chairman of SWS administered the Oath taking of all the elected members of both Male & Female wing & welcomed them officially into the society. Naveed Danish, ex-president of SWS, addressed the audience & bade SWS farewell with best wishes & a heavy heart. After this, his successor and the newly elected president, Fahad Ahmad took over the stage & delivered his welcome speech to the new Cabinet. He also shared his experiences in the society & urged the new cabinet to work harder & better for the welfare of the people. He also outlined the agenda of SWS & future plans to improve it.
The programme progressed with Prof. Dr Inayat-ur-Rehman Khalil distributing shields amongst the ex-cabinet members to appreciate & honor their efforts during their stint at SWS. Dr. Usman Raza, Staff Coordinator, who unfortunately could not attend the event, was accredited for his Invaluable service & tremendous input towards SWS.
Sundas Mohmand, ex- vice president SWS, also spoke of her experiences working for the SWS & thanked all those who have made it what it is today. She wished the new cabinet Good luck & hoped that it will emulate the achievements of the previous cabinet.
The programme ended with refreshments being served for the distinguished guests and cabinet members. 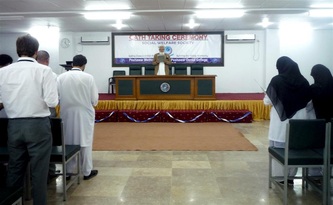 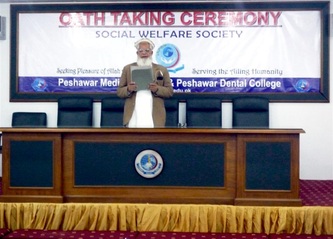 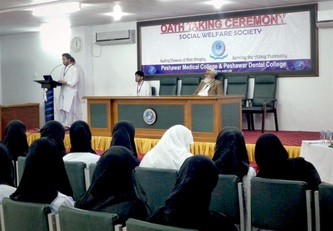 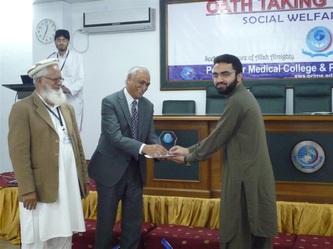 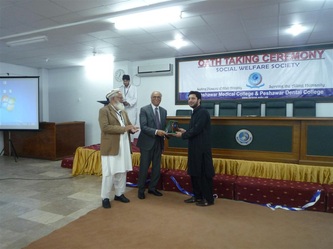 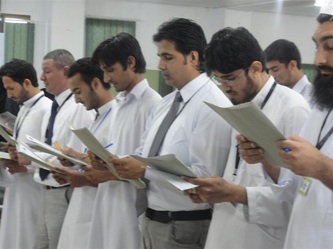 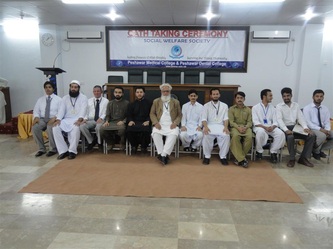 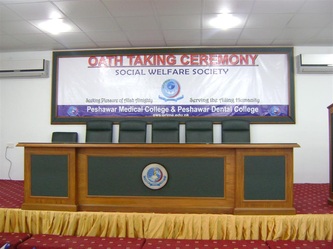 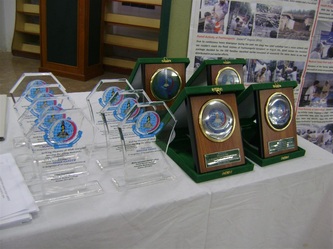 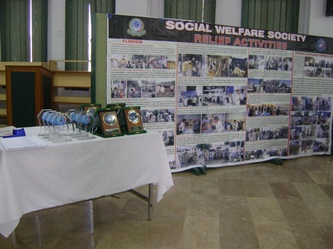 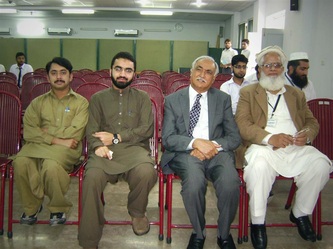 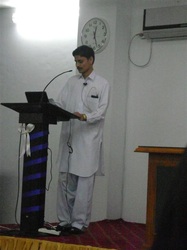 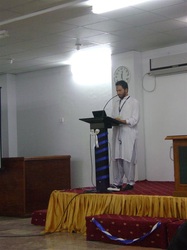 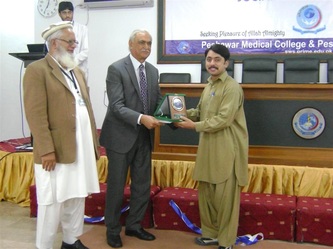 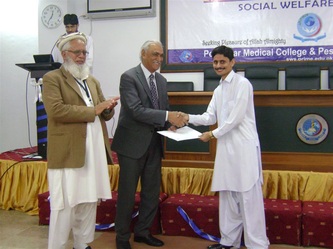 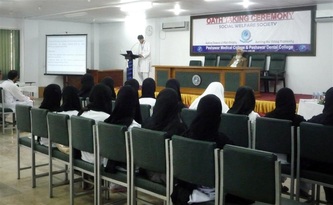 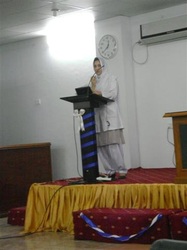