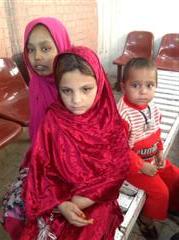 A survey of fatimid foundation was carried out by members SWS on 27th October, 2012. The visit was organized by Blood wing of Social welfare Society.
M. Shoaib (In-charge blood wing- male)  Hafsa Tariq (Vice President-SWS) Naila Noor (In-Charge blood wing- female) Sama Bilal ( general secretory-SWS)  and Maham Irfan ( co. General secretory-SWS) visited Fatimid foundation under  the supervision of Fahad Ahmad, President, Social Welfare Society.The students were welcomed by Dr Sajjad. He briefed the students on the history of Fatimid Foundation and how it has come successfully through all these years since its inception. Further, he explained about the working procedure and the maintenance of the foundation. Students visited the wards where children suffering from thalasemia were on Blood Transfusion.  They also witnessed the patients of hemophilia on plasma transfusion.They met the children, encouraged them to fight against this life threatening hereditary disease, which had a very pleasant effect on the children's mind. The students were also provided with the oppurtunity to have a talk with the parents of those children and counceled them to spread awareness among the public to get tested before marriages.
The students, had, an interview with Col. Afzal Hassan, who is the Administrator of Fatimid Foundation Peshawar Branch. All the students were served with high tea. The students delegation showed interest in donations to Fatimid Foundation in order to encourage the organisation to work more for the welfare of not only thalassemic patients but all those who are in dire need of blood for survival. The group distributed gifts among the children, which brought smile on their sad and exhausted faces. The president, Social Welfare Society, on behalf of the team, thanked the foundation towards the end and ensured that Social Welfare Society would always help support these patients and will leave no "stone unturned" in pursuit of their mission of spreading awareness among general public relating to blood disorders. 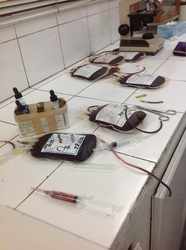 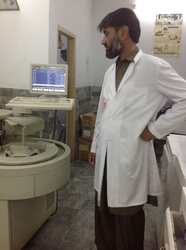 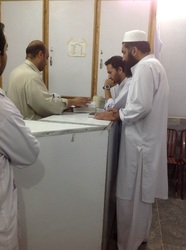 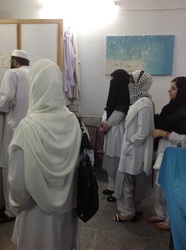 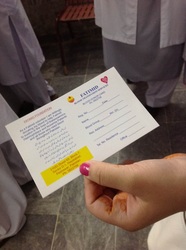 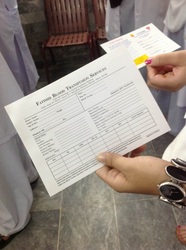 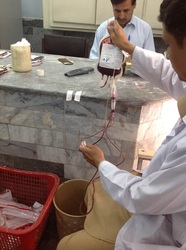 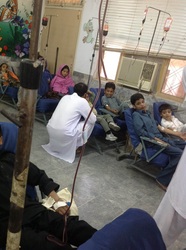 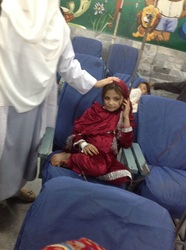 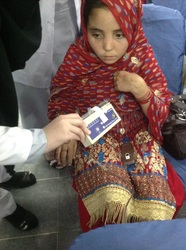 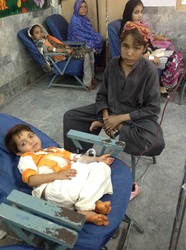 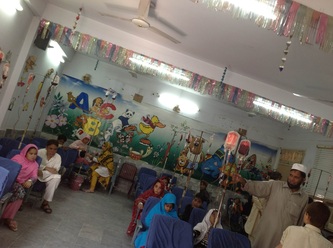 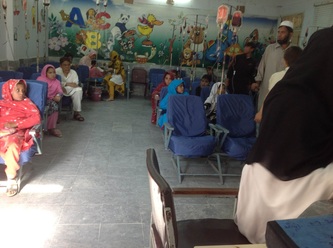 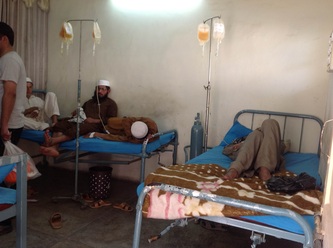 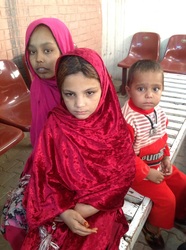 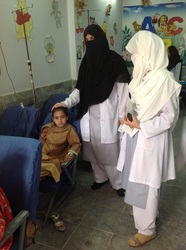 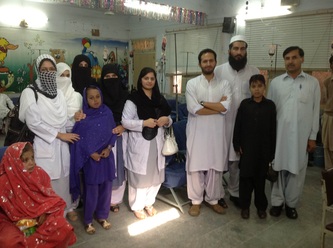 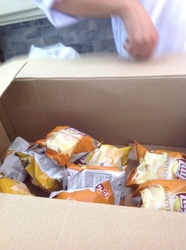 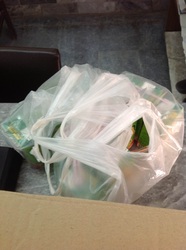 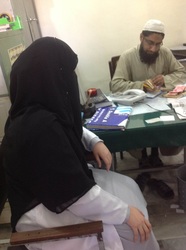 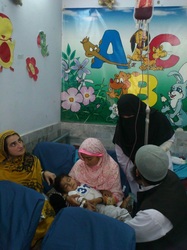 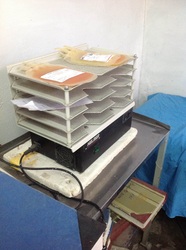 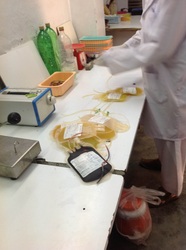 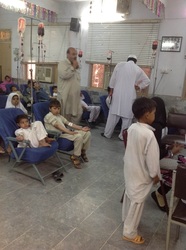